Plant a tree in memory of Eugene
An environmentally-friendly option 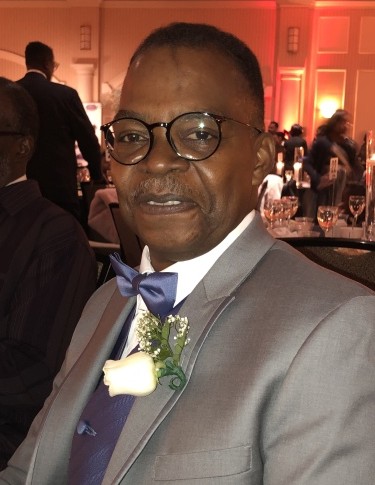 “The Steps of a Good Man are Ordered by God”

Mr. Eugene Guyton died on March 11, 2021.  He was born in Mizpah, NJ, the son of the late Rev. Dr. Horace Guyton, Sr. and Vivian (Holmes) Guyton.  Eugene affectionately called “Toodles,” was the seventh of Horace and Vivian Guyton’s ten children.  His place was special amongst his siblings for many reasons, one being that he was uniquely positioned to be the “little brother” to the older six children, while also being the “big brother” and mentor to the younger set of kids.

As a youth, Gene stood out for his athleticism, artistic ability, and the good-natured way he could make people laugh. He received his education in the Franklin Township public schools, graduating from Delsea Regional High School in 1979. He was industrious and had the instincts of a natural born leader. These qualities would eventually make him an outstanding soldier in the U.S. Army for 7 years where he spent time stationed in Germany and Korea.

Gene’s love of family eventually brought him back to NJ where he renewed his commitment to the Christian faith. Upon returning from the service, he became a truck driver.  He developed into a skilled bible teacher and faithful servant of the Lord.  Eugene married Vista Crawford in 1996. He has three sons, Kevin (Sharelle), Eugene, and Benjamin and one daughter, Vivian. Gene was a remarkable provider and protector for his wife and four children.  He was also a loyal son, brother, uncle, cousin, nephew, grandfather and friend to many.  Later, he became an astute photographer and owned his own business Vibe Team Photo taking beautiful pictures at weddings, organizations, school affairs and other events.

Gene fought through his share of adversity in a way that demonstrates “Christ’s strength being made perfect in our weakness (2 Cor. 12:9).”  His boast was in the Lord’s goodness in saving him and giving him an eternal hope!

A funeral service and burial will be private.

Plant a tree in memory of Eugene by clicking here.
To send flowers to Eugene's family, please visit our floral store.

A service summary is not available

Plant a tree in memory of Eugene
An environmentally-friendly option

Plant a tree in memory of Eugene

4 trees planted in memory of Eugene

Toodles is missed. Wish I had more time to visit with him. Always smiling and laughing.
Last time I talked to him, he wanted me to move back so we could fellowship.
See you in glory cousin!

To a wonderful Father and Pop Pop...we will miss you...
"So that being justified by His grace we might become heirs according to the hope of eternal life" Titus 3:7
Kevin, Sharelle, Keo and Kai

A Memorial Tree was ordered in memory of Eugene Guyton by Kevin, Sharelle, Keo and Kai.  Plant a Tree

In memory of my loving husband, a great father and friend. We love you forever!
"But our citizenship is in heaven, and from it we await a Savior, The Lord Jesus Christ." Philippians 3:20"
Vista, Ben and Vivian

A Memorial Tree was ordered in memory of Eugene Guyton by Vista, Ben and Vivian.  Plant a Tree

To The Guyton Family:
Deeply sad for your loss. Toodles made a good fight. Warriors of God always stand out among us. Blessings and I will continue to keep all in prayer. Iris Colon.
Iris Guz (Colon)

A Memorial Tree was ordered in memory of Eugene Guyton by Iris Guz (Colon).  Plant a Tree

A Memorial Tree was planted for Eugene Guyton

Plant a tree in memory of Eugene